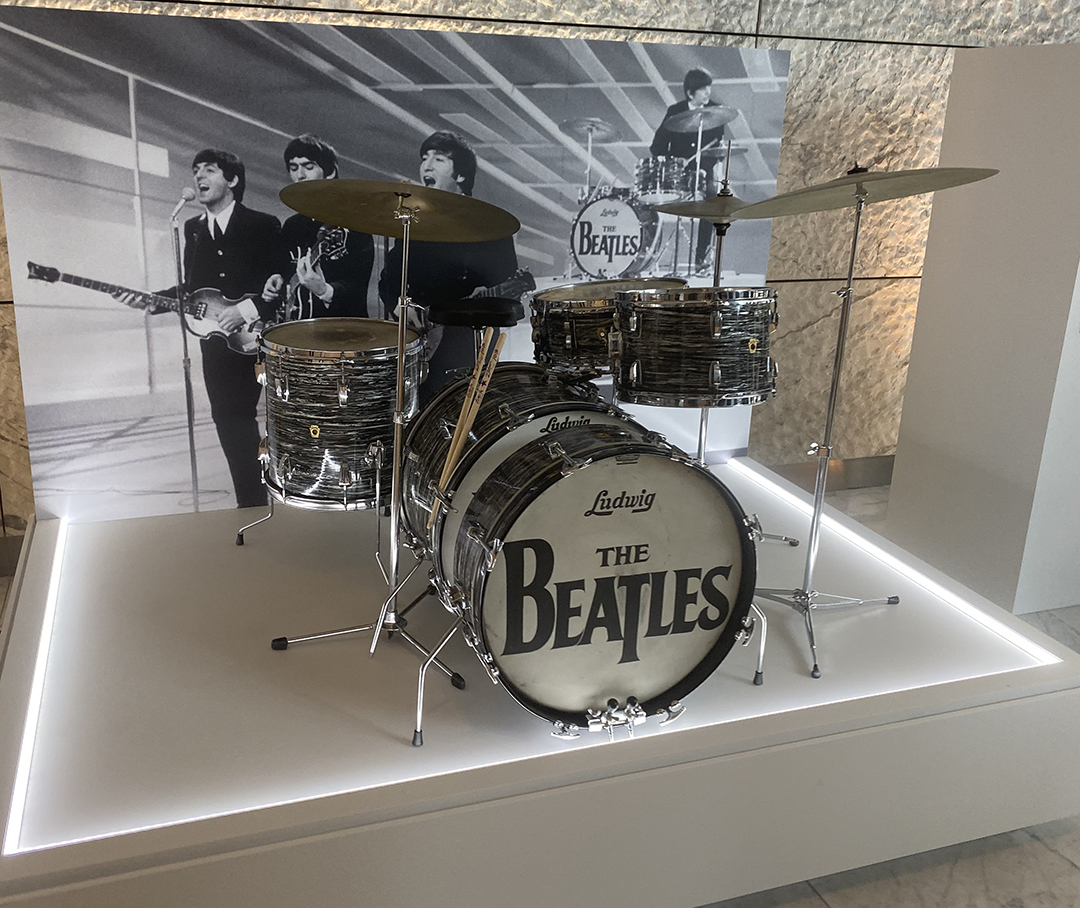 In twelve studio albums and eight years of touring, The Beatles established themselves as the top-selling musical band of all time. Journey back to “The Beginning” to view Ringo Starr’s first Ludwig drum set and the distinctive “The Beatles” drumhead.

This Drum Kit is on loan from the collection of James S. Irsay.