Rhythm! Discovery Center is the world’s only interactive drum and percussion museum. Founded in 2009, it is a creative vision of the Percussive Arts Society, the largest member-based international percussion organization in the world. Rhythm! features unique, interactive exhibits highlighting a rich collection of historic artifacts and hands-on percussion instruments and serves as the definitive place where the history of percussion is preserved, celebrated, and shared. Dynamic exhibits feature instruments from leading percussionists and promote the understanding of percussion and its role in world cultures through interactive educational experiences.

Rhythm! also offers a diverse array of educational programming designed to supplement its interactive exhibits, providing a place for everyone to explore the world of percussion first-hand. Visitors learn about playing techniques, delve into individual instruments, and enjoy musical performances from local and national artists and ensembles. Located in downtown Indianapolis, Rhythm! invites visitors of any age to come Find Your Rhythm! 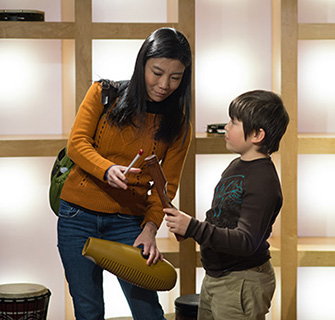 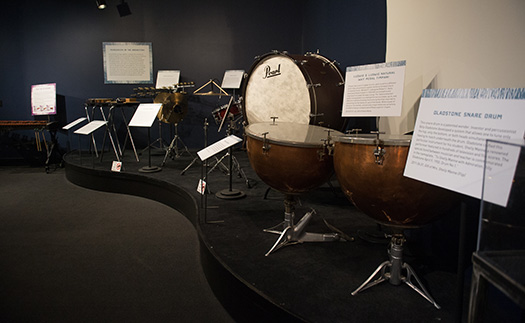 Rhythm! Discovery Center is dedicated to advancing the understanding of percussion and its role in world cultures through interactive educational experiences and active stewardship of its historical instrument collection.

The vision of Rhythm! Discovery Center is to be the premier institution for demonstration and interpretation of the percussive arts. The primary goal is to acquire, preserve and present a definitive percussion collection and archive for public display and scholarly research. Rhythm! will serve to develop and offer innovative community-based programs, interactive educational exhibits, and artistic performances.

The Percussive Arts Society was founded in 1961 with the goal of promoting the study, teaching, and artistic development of percussion. Over the next several decades, it established itself and became increasingly influential, expanding its committee activities to address important percussion issues and making policy decisions that would result in important contributions to all areas of percussion. During this time, the organization facilitated the production of many publications and events that continue to this day. After its move to Lawton, OK in 1992, PAS opened a museum at its headquarters. This first PAS Museum featured exhibits that drew on instruments donated by legends of percussionists including Roy Knapp, Haskell Harr, Carroll Bratman, Emil Richards, and Shelly Manne.

As part of the organization’s move to downtown Indianapolis, Rhythm! Discovery Center opened in 2009. With an increased focus on interactive exhibits and instruments, the organization strived to become a cultural mainstay in Indianapolis, and show significant community impact. The 13,500 square foot museum features 6 exhibit spaces, filled with instruments on display as well as interactive instruments to play. Today Rhythm! Discovery Center is a vibrant location where the history of percussion is preserved, celebrated, and shared. Over 20,000 people visit each year, including families, school groups, and enthusiasts.

Exhibits at Rhythm! rotate yearly and draw on a collection of over 2,000 instruments and percussion artifacts as well as loans from professional musicians and industry leaders. Rhythm! also houses the PAS Library and Archives, which are currently being developed for use by scholars and professionals. The museum’s growth in areas of collection management and exhibit design are complemented by an entrance and interior revitalization in celebration of its 10th anniversary, as well as financial support from the Allen Whitehall Clowes Charitable Foundation and the Institute for Museum and Library Services to support ongoing collections care projects. 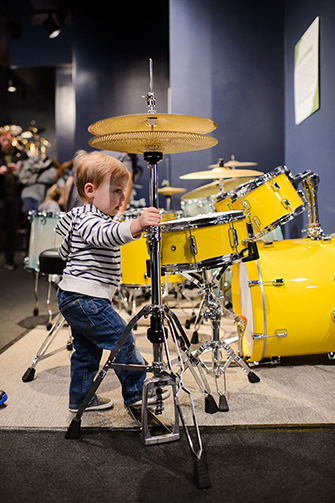