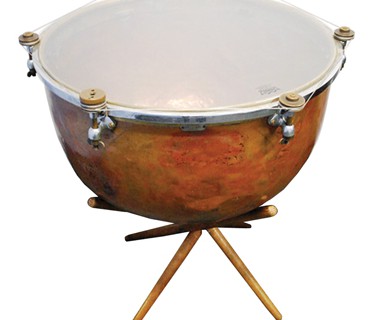 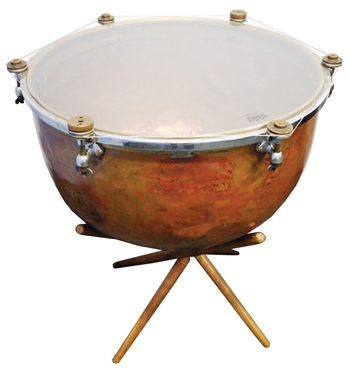 Karl C. Glassman (August 15, 1883 – October 11, 1975) was born in Breslau, Germany (now Wroc?ow, Poland), emigrated to the United States with his parents in April 1886, and became a naturalized U.S. citizen on Nov. 2, 1896. After growing up in Indianapolis, Indiana, he moved to New York where he became one of the most prominent timpanists in the world. He studied with the renowned timpanist J. Fred Sietz and performed with the Russian Symphony (on tour in the USA), the Metropolitan Opera Orchestra, the New York Philharmonic, the New York Symphony, Volpe Young Men’s Symphony, and Victor Herbert’s Orchestra before obtaining his positions as timpanist for the NBC Symphony Orchestra under conductor Arturo Toscanini from 1937–54 and then the Symphony of the Air from 1954–63 under such conductors as Leonard Bernstein and Leopold Stowkowski.

Through the rise of radio and then television, Glassman and his drums could be heard throughout the United States via the weekly broadcasts of the NBC Symphony Orchestra and through the widely-distributed recordings of the Symphony of the Air. Though Glassman used pedal timpaniVery large bowl-shaped drums made of copper or brass. Most often used in orchestras and symphon... as his inside drums, these modified Ludwig & Ludwig Standard timpani were used by him as his outside drums and as his touring drums. Ludwig’s Standard timpani, which were manufactured between 1912 and 1941, measure 25 and 28 inches in diameter and are each made of a one-piece solid copper bowl with nickel-plated hoops and hardware.

Originally designed as hand-tuned drums, these drums have been modified with the addition of the Anheier Cable Tuning System. Developed by Hans Anheier in 1924, this cable system consists of a spool on each of the six lugsThe tension rods (or screws) that hold the hoop and drumhead onto the drum., all connected by wire cable. By inserting one or two keys, all six rods are easily tuned simultaneously by turning the spools. The Anheier Company, located in Boppard, Germany, offered the tuning system for sale throughout the remainder of the 20th century, but ceased sale of the parts in recent years. After Glassman’s retirement, the drums were purchased and used by Ed Cleino, a prominent music educator at the University of Alabama.